You definitely have to take me back, we made a promise.

Vanessa is the main antagonist in Cytus II, and is one of the 24 playable characters. She was released with the 3.0 update. Currently, Vanessa has 22 songs, and maxes out at Lv. 50.

One of the original "architects" created by mankind. Her unit number is OPCI_2501_V. A girl who wishes for a peaceful, kind future, where humans and architects can coexist without conflict.

Due to her weak core, she is more fragile than her fellow Architects, though she possesses a gentle, kind personality.

Shut down for hundreds of years, she was eventually rediscovered by humans. Forcing her to serve as the core of the virtual internet, her interaction with countless records of human atrocities caused a glitch in her system, producing a new persona bent on eradicating humanity.

Vanessa is a kind, caring and empathetic architect who wishes for a world where architects and humans can coexist. As Vanessa is a half awakened architect, she lacks the ability to process negative emotions without syncing to Cytus. In a desperate attempt to become awakened, Vanessa forced herself to become less reliant on Cytus and as a consequence all the negative emotions she feels are left to fester in her core.

Ivy awakens 500 years later to find out the world has greatly changed, though Vanessa still remains immobile. Seeking out a way to awaken her, Ivy uses several methods to try and bring Vanessa back, and ultimately succeeds 2 years later, though that proves to be a great mistake, as Vanessa's core is unstable and all she can feel is immense hatred towards humans, which is her main personality trait. The former tries to stop her, though it's too late by then, and Vanessa unleashes havoc onto humanity by means of the Ender Virus. In a desperate attempt to console Vanessa, Ivy kidnaps Noah to help her transfer Vanessa's original consciousness into an empty architect shell; this fails, and as a result Vanessa becomes the head of a hive mind of Architects, each of which now emulate her burning hatred for humanity. 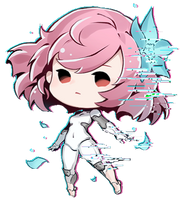 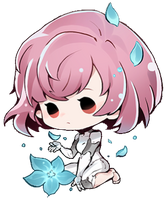 Vanessa is excavated by A.R.C.

Everyone chats about the future as the final battle looms overhead

Noah sacrifices himself to stall Vanessa

Everyone fights against the ARCI

Enforcement agents converge on The Library

Nate tries to stop his teammate

Violette. reveals herself to Vanessa

Vanessa tricks Ivy into a false sense of security

Vanessa encounters her "origin" within the OS Space

E00200 meets manifestations of Vanessa and PAFF in the OS Space