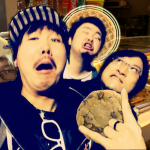 Looks like someone on this page is stalking me...Eh?

Lol, just kidding. Go ahead and read my long intro. I warned you it's long. Just like Scherzo. Tabbers FTW!

Hey! I'm CookiesNWaffles, a random student who plays Cytus like all of you. I started playing in July 2014, but had my first experience at Cytus in January 2014, which is stated in the Story that comes after this.

It was my friend who got me to play Cytus. He got me to help him play L on Hard. I was only told that it was the hardest free song then (it was update 4.0), then they started the song. So lucky that there was countdown, so I put on the earplugs. Then I realized how HARD the song was, and because I did'nt play the game before then, I was confused by the dots in between the drag notes. No matter what, I still tried and even got a C. Cookies for my first song FTW, and don't ask me for the screenshot because that was done on my friend's phone.

For sure, L did leave quite the impression. For the following few months, I tried to remember how the song sounded, but never recalled so I went to download Cytus and try out this song again. I was straight tapping at level 9 charts in a day.

I'm actually quite stressed out in studying, and use rhythm games as excuse for getting away from the books.

Contemporary rhythm games like Jubeat need loads of money for a handful of songs, but Cytus is different. That's why I play Cytus too. Considering the small amount paid for IAP Chapters, I bought them as well.

Just in case you were interested in 'the Trio From Hell', RIPed:Edit

As for other facts...

Retrieved from "https://cytus.fandom.com/wiki/User:CookiesNWaffles?oldid=88791"
Community content is available under CC-BY-SA unless otherwise noted.