But I can guarantee that you're absolutely safe with us.

Sagar is a main character in Cytus II and is one of the 24 playable characters. He was released with the 2.8 update. Currently, Sagar has 10 songs, and maxes out at Lv. 21.

A rugged, tough young man who's short in stature. Captain of A.R.C.'s Eagle-01 exploration team, he's got powerful fighting skills and the aura of a leader.

Ordered to search for ConneR during the drone riots, he reluctantly accepts the job. Heading for the faraway Node 13 with Lucy, Alex, Bruno and others from Eagle-01, he expects to get his work done quickly, but...

After discovering Rin in the forbidden area and bringing her back to A.R.C., he figured out a way to prevent her from becoming the subject of various experiments. His main focus is to help Rin live "a normal life".

Sagar is a stubborn and sometimes even hot-headed person who wishes for nothing but to prove himself as strong and dependable. The captain of A.R.C's exploration team, Eagle-01, is not a role he takes lightly, and even though he wears it with great pride, knows both the power and responsibility he holds with it.

He treats his team members like family, no matter if they like him or not, and calls them by nicknames. However, he knows how to put them in their place if they misbehave during work and knows when it's time to quit joking around. Yet this also makes Sagar slightly hypocritical, as he finds opportunities to dive headfirst into danger whenever possible, risking not only his life, but the reputation of the team if something goes into disarray. These actions aren't committed out of any ill will, though, yet most definitely the opposite; they're done to minimize danger towards Sagar's colleagues, as he holds nothing but care for them.

Sagar seems to be fond of Rin, who he found during one of his explorations and has been tasked with watching over her. He regularly checks up on her wellbeing and listens to her problems, promising he'll be the one to get rid of them all. Sometimes, he'll even get distracted or worked up because of her. It is heavily implied he has a crush on her. 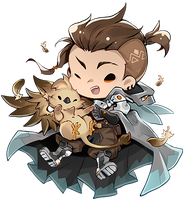 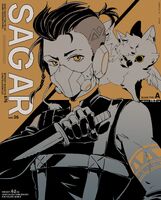 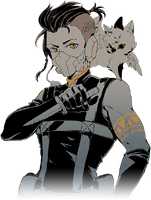 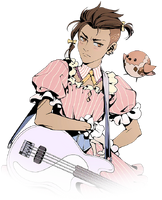 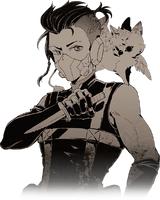