ROBO_Head is a main character in Cytus II, and is one of the 24 playable characters. Currently, ROBO_Head has 43 songs, and maxes out at Lv. 80.

A weird character sporting mechanical speech who judges everything based solely on data.

An analytics nerd; dabbles with all kinds of information on the net. Reposts articles that caught his eye to his own SNS page. His occasional radio show has garnered a minor following.

An extremely intelligent A.I. robot created by Nora; as a result, some of his parts come from ancient technology. He eventually played an important role in allowing others to access the OS space.

Not much can be said towards ROBO_Head's personality, but it is very clear that his thought process runs analytically and only on data, as he is a robotic entity. However, he does show interest in various topics and news events, as he is constantly sharing them online to help fans gain information. He is surprisingly able to express emotion, and uses emoticons in his messages sometimes.

ROBO_Head seems to be very overprotective over Nora, and cares for her greatly, as she was the one who created him. He listens to her orders, except when she puts herself in danger and attempts to avoid his interference with the problem. He also makes sure to take care of those Nora is friends with in order to make her happy. 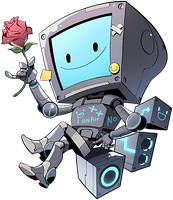 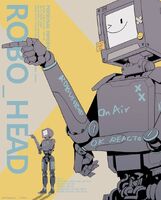 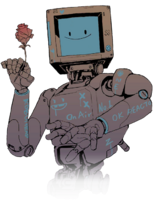 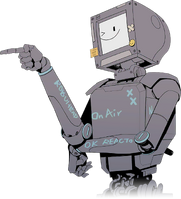 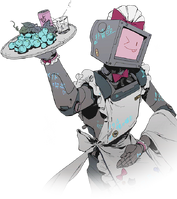 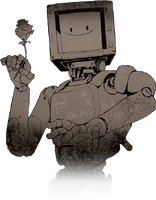