Paff is a main character in Cytus II, and is one of the 21 playable characters. Currently, Paff has 28 songs, and maxes out at Lv.77.

A singer and commercial star who enjoys immense popularity; a 24 year old girl who seems born to be in the spotlight, whether it's the virtual world or the real world.

The number of fans she has is astonishing. She can hold virtual concerts non stop for a whole week and every single session will still be packed to the brim.

Her image and every single statement she makes is closely monitored by her agency. When the cameras and lights are not on, just what kind of person is she?

Paff seems to be very enthusiastic as a singer, and has stated that singing is the greatest joy of her life. She loves to please people, and is passionate about her job, as she often holds virtual concerts.

However, there may be some hidden parts of her personality, as she is closely watched by her agency to keep up some sort of "image". Towards fans, she is polite and sweet, but distant, rarely ever communicating with them. This is a result of her anxiety.

Behind the cameras, Paff is quite shy and introverted due to the fact that she has memory loss. Even near her sister Helena, she acts calm and reserved, never complaining or protesting against anything. However, this causes her to be shut-off, too, barely speaking about her own wishes. In truth, Paff only wants to regain her memories and find out who she was in the past.

More can be found out about Paff in her OS Logs. 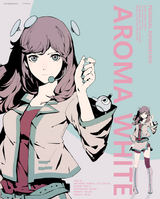 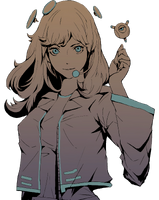 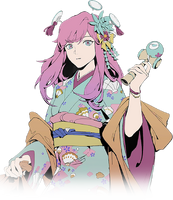 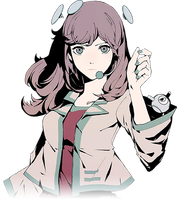 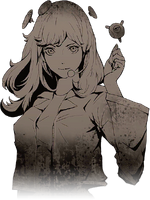 "Bad Ending"
Add a photo to this gallery
Retrieved from "https://cytus.fandom.com/wiki/Paff?oldid=124954"
Community content is available under CC-BY-SA unless otherwise noted.