NEKO#ΦωΦ, is a main character in Cytus II and is one of the 24 playable characters. Currently, NEKO#ΦωΦ has 41 songs, and maxes out at Lv. 80.

NEKO#ΦωΦ refers to her online persona; offline she is Neko Asakura.

A popular streamer who has a group of diehard fans. She enjoys streaming herself playing video games and chatting with her fans about all kinds of gossip. She represents chaos and disorder in the internet world, yet at the same time represents creativity and possibility.

NEKO#ΦωΦ is an energetic and passionate game streamer who loves to socialize with her fans. She also loves to discuss a lot of gossip and rumors, which garners a lot of comments from them. NEKO#ΦωΦ has no problem communicating with people, and is seemingly an extrovert, but can be shyer and more humble than expected when meeting fans in person.

However, despite her energetic attitude and need to constantly cause chaos online, NEKO#ΦωΦ is quite a caring character when it comes to friends and people she cares for. She's willing to lend a hand to anyone and is irritatingly stubborn when others refuse her help, because it makes her feel like a burden, which she wants to avoid. Even if her assistance isn't needed, NEKO#ΦωΦ will repeatedly try to participate in anything that interests her. This causes her to end up in risky situations often.

NEKO#ΦωΦ harbors intense feelings of inadequacy. Surrounded by people with incredible talents and abilities, she feels useless and a burden to those around her. 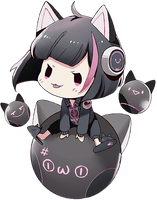 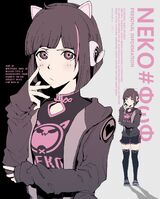 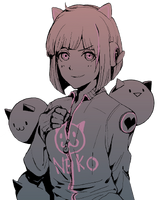 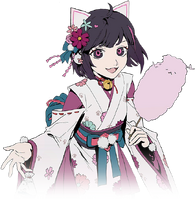 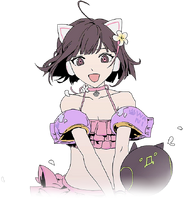 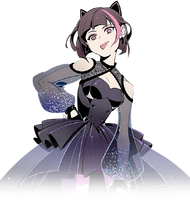