It's over... At the very end, I am still singing for everyone. That's all I asked for.

Miku is a collaboration character in Cytus II, and is one of the 23 playable characters. She was released with the 2.3.9 update. She was available for purchase until May 31, 2020. Miku has 14 songs, and maxes out at Lv. . 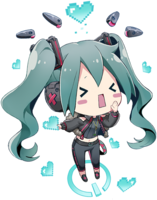 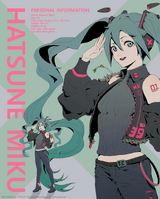