An "urban legend" that went viral in cyTus, reappears in the form of a shattered "memory"──

In N.A. 699, an anomalous phenomenon occurs within the virtual internet: the sudden appearance of a mysterious giant whale accompanied by a melodious singing voice. For a while, rumors spread and the owner of the whale, Kaf, a girl with a truly unique singing voice, worries that her identity may be revealed. Not knowing what to do, the flustered Kaf seeks out ROBO_Head for help, hoping to dive into the vast sea of data and uncover the truths deep within……

KAF has a very reserved and measured personality. Despite her young age, she presents herself in a poised, mature manner. When speaking, KAF often pauses to consider her words and talks in a quiet and monotone voice. She treats her fans with respect and is always very polite. Over virtual communications, KAF shows more excitement and energy, implying that she may feel shy when speaking. 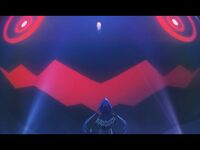 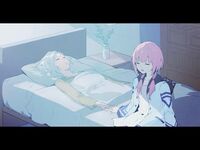 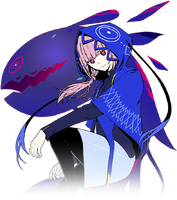 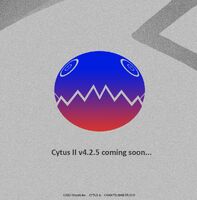 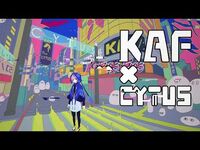 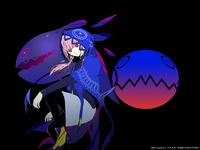