We shall meet again in the... 'afterlife'.

Ilka is a main character in Cytus II, and is one of the 24 playable characters. Currently, Ilka has 10 songs, and maxes out at Lv. 25

In the days before humanity was revived, there existed a group of Architects who possessed self-awareness. Among them, Ilka was their leader. She led her comrades in an effort to break free of the protocols that controlled them. However, the non-awakened units forced her to take desperate measures. In the pursuit of their ultimate goal, she decided to risk it all: they would jump from the highest tower, hoping to carry on their mission in the “afterlife”…

300 Years in the future OPCII_2052_IL works relentlessly as an enforcement agent for the Administration Bureau. During her missions, her fate becomes intertwined with that of Rald Neumann, Colin Neumann's great grandfather. Together they take their first steps into the unknown; to confront the rogue architect known as Ilka and unveil a disastrous plot which threatens all of humanity.

Ilka expresses a powerful sense of righteous justice. After being awakened in the reconstruction period, she views past scenes of human history: tragedies filled with immense hatred and irresponsibility that humanity has repeated time and time again; seeing that humans are incapable of change, she decides the new world they are building would be better off without them.

Empathetic and considerate, Ilka strove to include all of the Architects in her plan for a better world. However, after a half awakened architect accidentally endangers them all, Ilka makes the difficult decision to cut the Half Awakened from their plans,

Ilka relentlessly pursues the future she believes in, so much so that she would take her own life in pursuit of her goals.

Character relationships are intimately related to the games story. Read at your own risk. 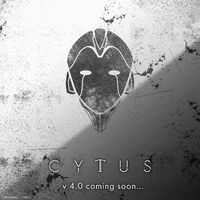 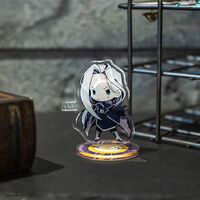 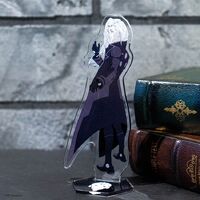 No.2 takes a leap of faith

A clue left behind from the terrorist attack

A simulation of the human world

Humans bows down to their Architect rulers

No.2 remembers her name 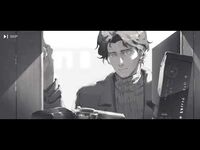 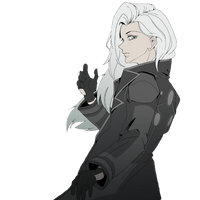