That melody... It's appearing more often in my dreams. The one where a girl is falling from the light...

Hans is a collaboration character in Cytus II and is one of the 24 playable characters. He was released with the 3.5.5 update. Currently, Hans has 11 songs, and maxes out at Lv. 20.

An unknown melody of loss, like a phantom, grips the boy's heart tightly. As the concert ends, the arrival of a mysterious man finally aroused the desire of the young man to pursue it. He was determined to step into the sand and dig into his lost past...

Having been seemingly abandoned by his family and unable to remember his past, Hans is a shy person who often turns to his guardian Hilda. Despite this, his musical talent is praised for how emotional he can play. He also carries with him an hourglass -- a memento from Hilda which she found during her time in the Exploration Team.

His mysterious past and musicality catches the eye of a certain Colin Neumann Jr., both as a classical musician and an explorer.

A young boy diagnosed with neurodegenerative dementia at the age of 13, his family allowed him to undergo experimental therapy in which he was connected to the Cytus System where the emotional power of music was used to reconstruct his brain. It was found that classical piano music from the story of Deemo was exceptionally useful for reconstructing his brain and a plan was devised to fully immerse the patient in that story to progress his recovery. The boy was put in cryopreservation for 50 years after which he would be released into the laboratory which had been redesigned to resemble the room from Deemo to reduce shock upon returning to the real world. Unfortunately, the release of the Ender Virus plunged the world into chaos and the boy remained in cryopreservation, fully immersed in the story of Deemo for over 700 years.

The boy awakens in the ruins of modern day Node 47 where he was saved by Eagle-01's Hilda Turner. Following a firefight in which her hand was injured, Hilda resigned herself from Eagle-01 and became the boys guardian. From centuries immersed in the story of Deemo, the boy unknowingly mistook his own identity for that of Hans a character from that very story. Not only did he take on Hans's identity but also his talent with the piano. After comforting Hilda with a song, she began to train Hans to become a professional musician.

Over the years Hans became a famous pianist but was also frequently haunted by dreams of The Little Girl, The Masked Girl, and Deemo himself; as well as a melody that he cannot quite remember. Hilda, being aware that these are remnant memories from his time in the Cytus mainframe, mistakenly believes Hans to be an Architect (due to a connection port installed in his head) and prevents him from pursuing his lost memories out of fear that if others discover what he is that he will be hunted down (a consequence of The Decommission).

During a concert performance Hans accompanies and is impressed by ConneR who comes to speak with him after the performance concludes. Hilda is apprehensive of ConneR as she knows that he conducts illegal explorations and has caused issues for the exploration team in the past. Over the course of several weeks ConneR convinces Hans that Hilda has been holding him back and eventually takes him to Node 13 to search for the melody trapped in his memories. Hilda, who has been tracking Hans the whole time, travels with Eagle-01 once more to "save" Hans from ConneR. After cornering them in an abounded church, Hans and ConneR flee to Node 47 where Han's begins to recollect more of his true memories.

Hans has a special rare result screen quote where his chibi can be replaced by Deemo with a unique quote. 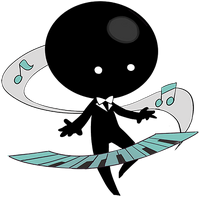 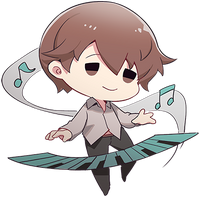 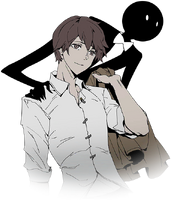