The Japanese Ruling Period took place between 1895 and 1945, after the Qing Dynasty had been defeated and Taiwan was ceded to the Empire of Japan.

Thanks to the considerable modernization of Taiwan’s society, economy and education during the Japanese Ruling Period, there is a significant difference between the development level of Taiwan and that of Mainland China, which entered political instability in the end of Qing Dynasty.

The Japanese construction legacy in Taiwan made a great contribution to Taiwan’s later modernization and development. 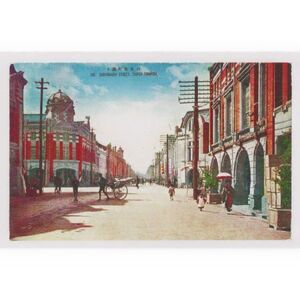 Retrieved from "https://cytus.fandom.com/wiki/Empire_of_Japan?oldid=114898"
Community content is available under CC-BY-SA unless otherwise noted.