Two hands tightly clasped among the sound of soft weeping, embracing the last bit of warmth left behind...

Crystal PuNK is a free character in Cytus II. They are one of the 24 playable characters. They were released with the 2.5 update. Currently, Crystal PuNK has 18 songs, and maxes out at Lv. 40.

Former punk and rock band Crystal PuNK, comprised of Cherry, Xenon, Joe, and KAI, partly reunite in the current chaos. With shaken pasts, the band struggles to become whole again. Due to the escalating issues in the world, can the band reform, or has the past damage been too much? Will their past feelings for one another be their downfall or their ultimate resurrection?

Each member of the band has unique personalities that when combined, form Crystal PuNK. Whether it be Cherry and Xenon's past relationship, KAI's friendly attitude, or the joking nature of Joe, the group all form a distinctive self.

Character relationships are intimately related to the games story. Read at your own risk

Simon & Sherry have a smoke outside after reuniting in Node 03

The old members of Crystal PuNK practice together, just like the good ol' days

Sherry listening to her mom sing to her

Sherry and Luis get entangled with the underworld

Sherry and Simon gear up to protect Node 03

The aftermath fo the drone strikes on Node 03

Joe gets warned about the drone attacks near his bar

Joe covered in Yameto after the drones destroy his bar

Joe and Kai meet for the first time

After her death, Sherry encounters Shannon in the OS Space 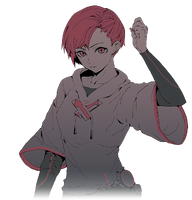 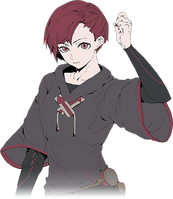