Such wonderful music once existed, yet we have no way to listen to it now. What a pity.

ConneR is a main character in Cytus II, and is one of the 24 playable characters. Currently, ConneR has 17 songs, and maxes out at Lv. 48.

A middle aged gentleman who acts in a graceful and elegant manner. Often exploits loopholes in the law in order to maintain the costs of his research. He is a collector, performer, and archaeologist who specializes in ancient instruments and fuses them into his music.

Born into Node 13's Neumann family, he had a less than admirable relationship with his father and left home, getting involved in illegal exploration. During the course of these explorations, he lost an eye and an arm when he was atacked by a mysterious architect. In order to uncover an ancient truth, he took a fancy to Xenon and Nora's abilities which led him to fall deeper into the core of the cyTus incident.

ConneR is a refined and composed man who also seems to be very intelligent considering his job. He is talented in many fields including that of archaeology and the arts.

However, he can also be conniving, using legal loopholes to keep in funds for his own research. He's sly and deceptive as well, oftentimes cooperating with enemies who end up betraying him only for them to find out he had known from the start and betrayed them in return. Yet he is also quite twisted, in a way, regularly taunting his opponents with brutal or shocking information connected to their past in order to make them lose focus. Still, he never means genuine ill will towards anybody, putting on a polite and respectful attitude even when speaking to people he isn't particularly fond of. 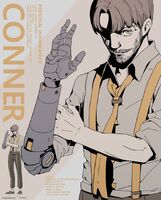 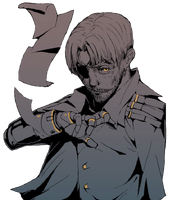 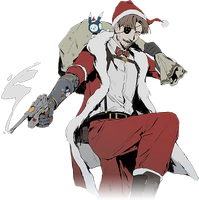 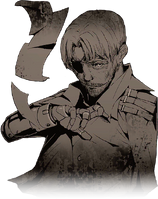