Cherry, also known as Cherry PuNK, is one of the 16 playable characters in Cytus II. She was released in version 1.1, along with the Android version of the game. Currently, Cherry has 12 songs, and maxes out at Lv.39.

Cherry is the leader and the guitarist of her band "Cherry PuNK". Her former band from several years ago, "Crystal PuNK," used to consist of her, Xenon, Joe and KAI. Unfortunately, they disbanded.[1]

Cherry used to be in a relationship with Xenon, but they broke up due to unfortunate circumstances.

More about Cherry can be found out in her OS Logs. 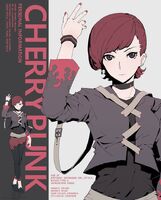 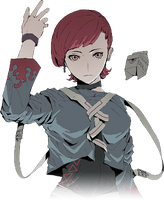 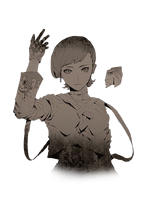 "Bad Ending"
Add a photo to this gallery

Retrieved from "https://cytus.fandom.com/wiki/Cherry?oldid=121478"
Community content is available under CC-BY-SA unless otherwise noted.