21 December 2059 — An earthquake of magnitude 9.2 hit the Turtle Mountain Island and its active volcanoes.

The earthquake and tsunami damaged the power grid of the Nuclear Power Plant and the reactor's cooling system.

The plant’s hydrogen gas leak caused an explosion that in turn led to large amounts of radioactive release. The government issued an order to evacuate residents within a radius of 40 km of the power plant.

The capital and government's administrative agencies had to move to the south center area. Taipei is nothing but an empty city with broken walls at this point. 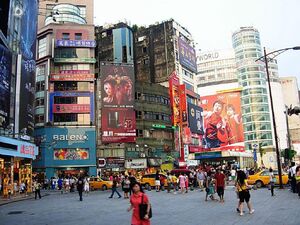 Retrieved from "https://cytus.fandom.com/wiki/Catastrophe?oldid=129004"
Community content is available under CC-BY-SA unless otherwise noted.