More than 8,000 years ago Taiwan was first populated by Austronesian peoples. They became known as Taiwanese aborigines and they were the only inhabitants of the island until the 17th century, when Han Chinese began immigrating to Taiwan.

The Yami people, also known as Tao, are the only tribe who descend from Austronesians that does not speak Formosan languages, the ancestral languages of indigenous peoples of Taiwan.

They are a sea people native of Orchid Island, also known as Lanyu, an island off the southeast coast of Taiwan with a population of around 4.000. 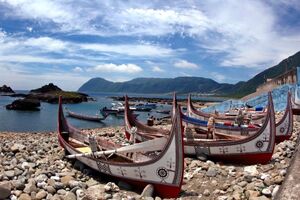